Recognition for the Abbott Marshlands

The Office of Natural Lands Management of the New Jersey Department of Environmental Protection has recognized the Abbott Marshlands (also known as the Hamilton-Trenton-Bordentown Marsh) as a Natural Heritage Priority Site, a designation given only to sites representing some of the best remaining habitat for rare species and rare ecological communities in the state.

Because of the high quality of its varied habitats for sustaining native bird populations and its accessibility for birding, the New Jersey Audubon Society, as part of national and global initiatives, has given the Marshlands its highest recognition as a New Jersey Important Bird and Birding Area. 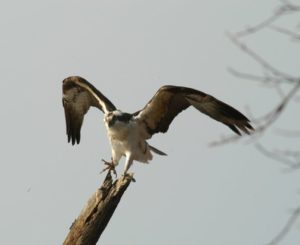 In recognition of its significant archaeological record, the area became New Jersey’s first archaeological National Landmark, with the designation of  The Abbott Farm National Historic Landmark in 1976.  It is the largest known Middle Woodland (ca. 500 B.C.-500 A.D.) village site in the coastal Mid-Atlantic/New England region.  Charles Conrad Abbott, for whom the landmark is named, was an important 19th century archaeologist whose studies brought renown and controversy to the area.

In addition, the Marshlands lie within the boundaries of the Crossroads of the American Revolution National Heritage Area designated in 2006.

2 December 2019 Ice - Information Ice Flowers (b) There’s much to marvel about as low temperature changes the state of...