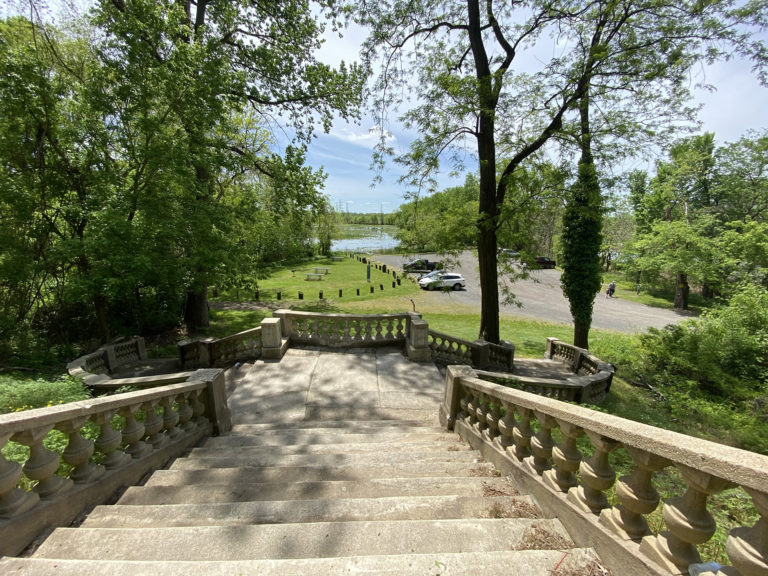 Who built the staircase near Spring Lake?

The staircase is a small remnant of an amusement park, that was in operation from 1907 to 1922. The stairs led to the Casino Restaurant at the top of the hill. C. H. Oberheide of White City Company came to Trenton looking for a place to build an amusement park. He teamed up with Trenton businessmen to secure the lease on the old farm where the house stood, and they built White City Park, to which thousands of people came via the local trolley line. In 1917, Hildinger Amusement enterprises, a new management company, took over the lease and renamed the space Boiling Springs Park, named for the springs that fed the lake. It closed in 1922 when a bigger park, Woodlawn, was built in the Bromley area of Hamilton.

Who is the Abbott Marshlands named after? 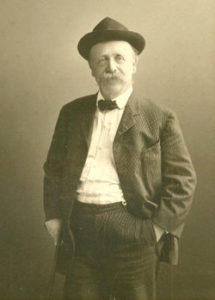 Charles Conrad Abbott (1843-1919) grew up on a family-owned farm bordering the Crosswicks and Watson’s Creeks at the edge of the marshlands. In 1872 he reported finding man-made implements in the Trenton glacial gravels on the property. Besides being a great naturalist, he became one of the most controversial figures in American archeology. Eventually his claim that man was present in North America before the Ice Age was disproven. His significant findings, however, gave recognition to the area as the largest site for Middle Woodland occupation in the Northeast.

Abbott was a prolific writer about natural history. He was often criticized as being more romantic than scientific, but his colorful description of the Abbott Marshlands over 100 years ago still resonates with those of us still discovering the beauty of the same uplands and meadows today.

When did the Native Americans first come to this area?

Human history in the Abbott Marshlands extends back approximately 13,000 years. Early native peoples did not live here all year around, but small groups visited periodically to take advantage of the plentiful resources found here.  Around 5,000 B.C. ancestral groups of the Lenape began to visit in larger groups as part of their seasonal rounds of hunting and gathering and to take advantage of the seasonal fish abundance.

In the period between 200 and 900 A.D. there is evidence of long term encampments and large gatherings of Lenape engaged in hunting, fishing, and gathering as well as early plant cultivation.

As Europeans moved in and began to establish permanent settlements in the 17th and early 18th centuries,  the natural resources that the Lenape people depended upon were diminished. Many Lenape began to migrate further north and west,  while some chose to remain in the area.  As a result, Lenape groups today can be found in many states and in Canada.

Where in the marshlands are there walking trails?

Walking trails of varying lengths may be found in Roebling Park at Spring Lake and Watson Woods (a Mercer County park), Northern Community Park (a Bordentown Township Paark), Bordentown Bluffs (D&R Canal State Park), and the Towpath Trail on Duck Island (D&R Canal State Park) and connector to the Delaware River.  Marked trails do not yet exist at Point Breeze but are being planned.

A tidal water trail extends from Bordentown Beach at Crosswicks Creek to Watson Woods via Watson Creek.  Paddlers should be aware of the tides; currents can be swift and dangerous. Paddlers should always wear a personal flotation device.

Additional information and directions for all trails can be found here.

Who were the first Europeans to live at the Marsh?

The first Europeans to live at the marsh were Quakers who came to escape religious persecution in England. The Farnsworth, Borden, Pearson, Abbott, and Douglas families were among the first settlers. The Watson House, built in 1708 of stone, is the oldest house in Mercer County. Remnants of wooden houses survive as stains in the ground and collections of artifacts. 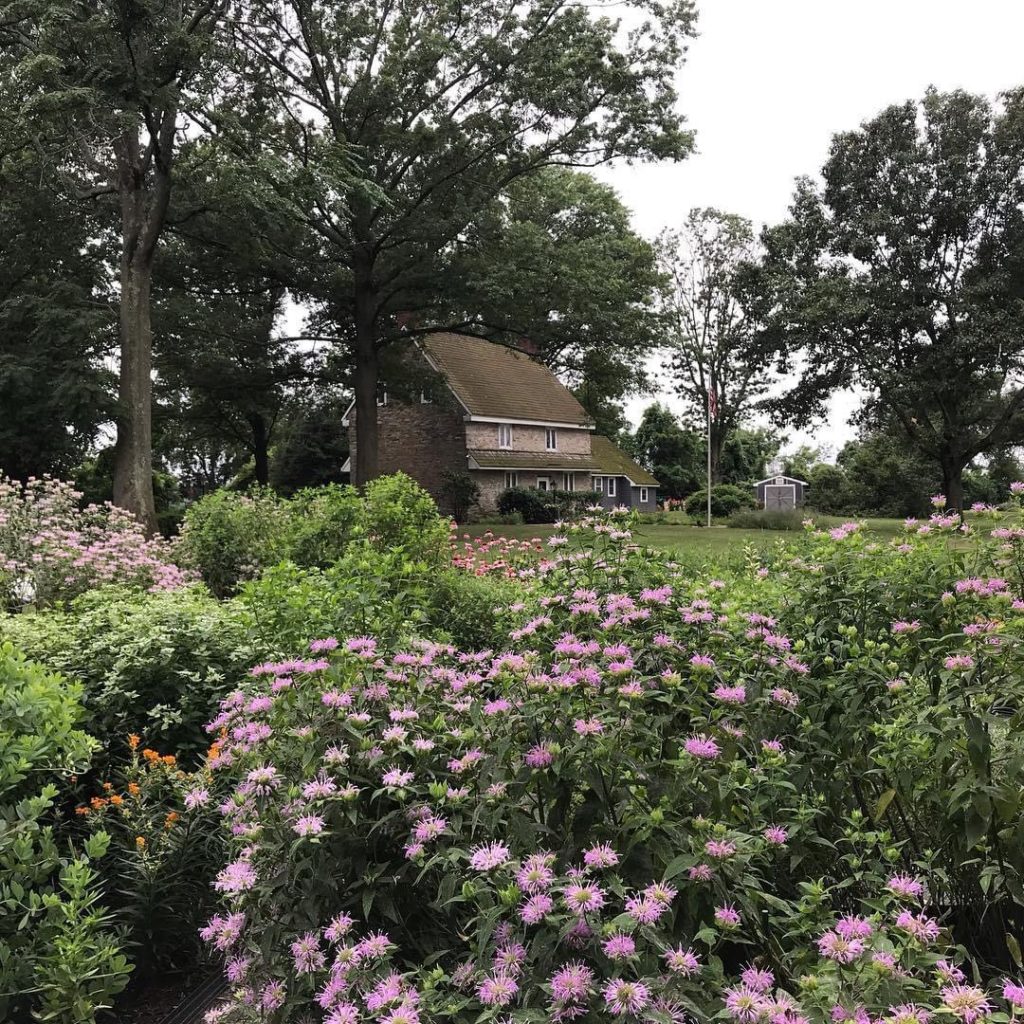 Where can I go to see wildflowers?

Wildflowers can be found throughout the marshlands, in wetlands as well as uplands. Flowers vary with the season and location. At Spring Lake and surrounding wetlands in spring, Swamp Azalea and Silky Dogwood flower, followed by Buttonbush, Sweet Pepper Bush and Elderberry in early summer. 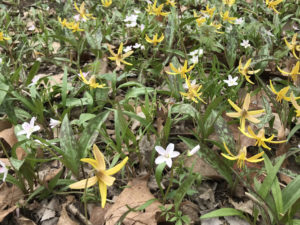 In spring at Northern Community Park, flowers Trout Lily, yellow and blue violets, Virginia Bluebells, May Apple and Spring Beauty among others. At the Bordentown Bluffs in late May or early June, look for flowering Mountain Laurel and Rosebay Rhododendron.

Wild rice and Burr Marigold are showy on the marshes in late summer or autumn. Each area has its unique array of flowers; some species are widely distributed, while others may be found only in a single location.

Where should I go to kayak or canoe? 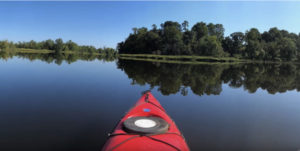 Canoeing and kayaking launch locations are: Spring Lake at Roebling Park (nontidal), Watson Woods for Watson’s Creek, Bordentown Boat launch at Bordentown Beach for Crosswicks Creek and the Delaware River, and the Trenton Boat Launch for the Delaware River. Be mindful of tides as currents can be powerful and dangerous.

Are any parts of the Abbott Marshlands listed as historical landmarks?

Because of its archeological importance, much of the Abbott Marshlands was designated the Abbott Farm District National Historic Landmark by the United States Department of Interior in 1976. Organized exploration, study and archeological digs continue to create an important natural and historical record of the area. 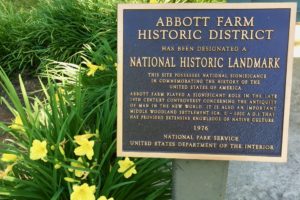 In addition, ecological studies have documented the natural history and species diversity of the area. The NJ Department of Environmental Protection has recognized the Abbott Marshlands as a “Natural Heritage Priority Site” (designated for representing some of the best remaining habitat for rare species and rare ecological communities). The NJ Audubon Society has given the marshlands its highest recognition as a New Jersey Important Bird Area.

What time of year is best to see birds?

All times of the year! 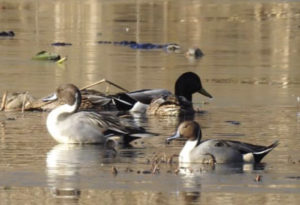 Raptor sightings, such as Osprey, Red-tailed, Coopers and Sharp-shinned Hawks, Great Horned and Eastern Screech Owls, and even the majestic Bald Eagle and occasional Merlin, are possible. With spring, there is the return of Red-winged Blackbirds and Tree Swallows, followed by migrating warblers and flycatchers. The marsh provides nesting habitat for Wood Ducks and secretive Green Herons, and has an active Great Blue Heron rookery (a nesting rarity for New Jersey). You may catch a glimpse of an elusive American Bittern or hear the song of a Marsh Wren. In winter there is a diversity of wintering ducks, including Gadwalls, Ruddy and Ring-necked Ducks, Mergansers, teal, Wigeon, Northern Shovelers, and Northern Pintails.

The Great Backyard Bird Count for 2021 occurred mid-February. To see what species have been noted at the marsh by other birders, go to ebird.org

How big is the Abbott Marshlands?

The area designated as the Abbott Marshlands has ~1250 acres of wetlands, half are tidal*. Also included are 1700 acres of uplands. Total area is ~ 3000 acres. Its borders are delineated by the surrounding bluffs (and adjacent open space) and by the Delaware River on the west.

*Note: tides are freshwater. Because there is no salinity stress, many kinds of plants, both annuals and perennials, grow here.

Who ensures the Abbott Marshlands are preserved? 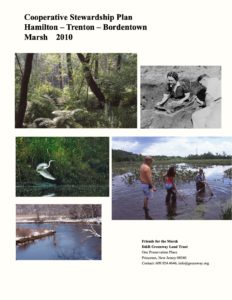 A Cooperative Stewardship Plan between the Friends for the Abbott Marshlands, D&R Greenway Land Trust, and public and private owners of the marshlands was created in support of protection, preservation and stewardship of the marshlands.

If you are interested in volunteering your time and talent to help The Friends for the Abbott Marshlands, please let us know.  Opportunities exist for joining the Tulpehaking Nature Center Welcome Team, helping with trail stewardship activities, and attending outreach events to share information about the marshlands.  We are always interested in expanding the community of those who love and care for the Abbott Marshlands!     info@abbottmarshlands.org