The Delaware River Basin is the ancestral home of the Lenape people.  Long before the arrival of European settlers, the Lenape were traveling its waterways and forested trails and enjoying the bounty of fish in its rivers, and plant and animal life in its forests. 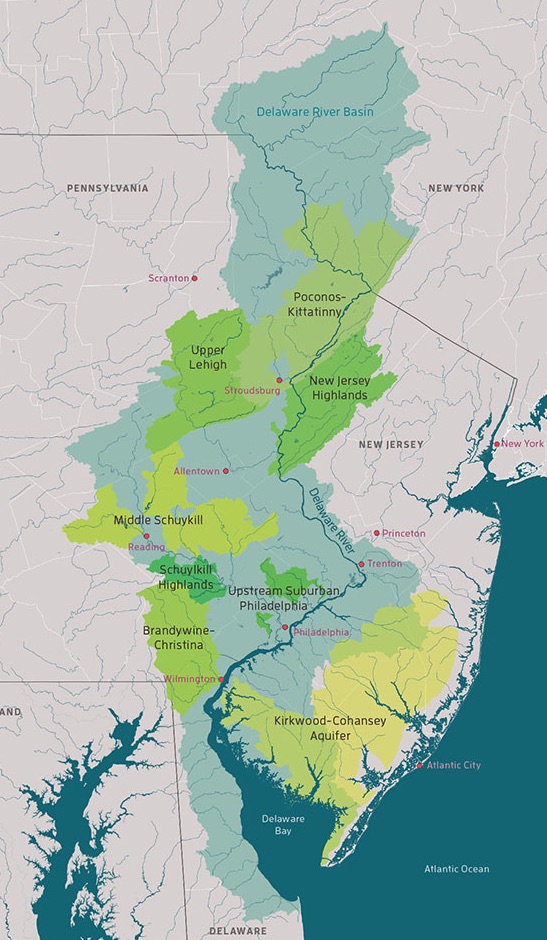 The Delaware is the longest free flowing river east of the Mississippi at over 300 miles long.   The portion of the Delaware extending from Trenton, NJ, at the head of the tides, to where the river meets the ocean at Cape May is known as the Delaware Estuary.

The Delaware estuary contains many tidal wetlands where the waters rise and fall twice each day.  Salt marshes are common in the lower portion of the estuary, but the northernmost tidal wetlands just south of Trenton, known as the Abbott Marshlands contain only freshwater and tidal freshwater wetlands are among the most productive ecosystems on the planet.

The Delaware River was named “2020 River of the Year” by American Rivers.  You can view a brief video on their website that talks about the great success of efforts to clean up the Delaware in the past 60 years.

More than 2,000 tributaries flow into the Delaware River along its 330 miles.  Is one of them a creek near where you live?

The continued health of the Delaware River depends on all of us!