In 2002, Friends for the Marsh was organized in support of preservation of the Marshlands, following a recommendation of the Hamilton/Trenton Marsh Management Plan –1999, which was published by the Hamilton/Trenton Marsh Management Plan Committee and coordinated by Delaware & Raritan Greenway (now known as D&R Greenway Land Trust). The name for the Friends was changed to Friends for the Abbott Marshlands in 2011 to acknowledge the branding initiative designed to bring attention to the historical and natural significance of the area.

Since 2002, the Friends have organized and sponsored a variety of programs with the intent of educating people about the marsh. Programs have included field and canoe trips, trail maintenance and clean-up activities, symposia, and Voices for the Marsh juried photography shows. Two major exhibits have also featured the Marshlands. Ebb & Flow: 10,000 Years at the Hamilton – Trenton – Bordentown Marsh, an exhibit shown at D&R Greenway Land Trust in 2010 featured the Voices for the Marsh show. In autumn 2014, an exhibit, The Abbott Marshlands – More than Meets the Eye, held at The Trenton City Museum at Ellarslie, located in Cadwalader Park, also featured marsh photographs. 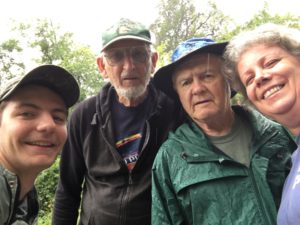